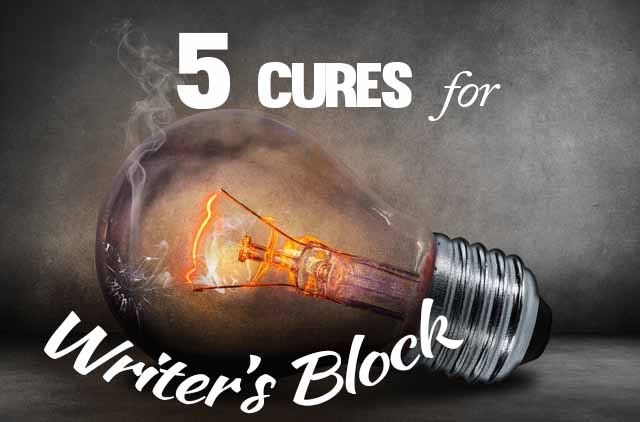 So, you’re working on a great writing project and you’ve come up with writer’s block.
What now?

We’ve all been there and it’s frustrating!  But as Seth Godin says, “plumbers don’t get plumbers block.”

Here are my top 5 ways to kick writer’s block to the curb! 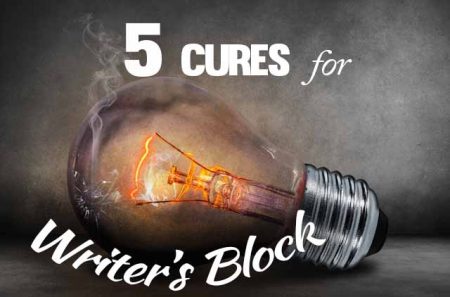 1. Write a Letter or Diary Entry

This is a way to get inside the head of your character.  Get out out a sheet of paper and a pen, you’re going to do this longhand.  Now, choose one of your characters to be the author of this piece of writing.

Write whatever is going on for them at the moment.  Maybe it’s got nothing to do with the story line.  It could be a grocery list, it could be a complaint about the scene you just made them endure, it could be a letter to their mom, it could be a journal entry about something they remember from their childhood.

Chances are, once you’ve taken on the inner mind of this character, you’ll know exactly what to write next and your writer’s block will be gone!

This one is a little wonky, but it can work.  When we meditate, we clear our mind by chanting a word over and over again.

For writers, we can go one step farther, we can type a word over and over again.  To use this tool to snap you out of writer’s block, I suggest writing a little phrase over and over again, kind of like when a naughty child would have to write lines on the chalk board.  Pick a phrase any phrase and write it over and over again.  At some point, your fingers and your mind will dislike this and some idea will pop out that’s a little inspiring, something you can work with, something that you can use to launch off of.

Need a phrase to get you going?  (really you’re that blocked that you can’t think of a phrase, well ok!) Here’s one: She sells seashells by the seashore.

If your main manuscript is not working for you, another way to kill writer’s block is to set it aside and write something unrelated.  Just choose a subject like ‘tomatoes’ or ‘tomahtoes’ however you say it.

Freely write anything at all about this, without judgement.  Don’t worry about the content or the grammar.   Set a timer for 5 minutes and write without stopping.  The sentences don’t have to be cohesive, the ideas do not have to flow, heck the spelling doesn’t even have to be write.

It won’t be lovely, but – you’ll be writing!  It doesn’t have to be creative, the writing has begun.

Perhaps the reason you are blocked is because you have no clue what happens next in your story.  My advice here is to write something that does not flow from the previous writing.  Create some emotional change from the previous scene.

If you characters just had a really romantic time, write the next scene where one of them is in a heated exchange with their boss.   If your main character’s dog just died, start the next scene with them baking cookies with Grandma.  Here’s a link to some ideas for plot twists.

Use one of your sub-plot to change up the energy of the story, or start a new one!

Pantsers, people who write freely without an outline, are more likely to come upon writer’s block due to the lack of an outline telling them what to write next.

Remember, this story you are writing has a plot arc, as well as character arcs.  In order to advance the plot and character development, you’ll need variety and change as well as some roadblocks.  Writing them down as an outline is a good way to shape the direction of your writing.  You don’t have to stick to an outline, but creating an outline will give you something to work with if you’re feeling stuck.

Did you notice that the things I suggested here all involved writing?  I didn’t suggest that you take a bath, or go for a run.  Writers write.  So, be writing and good things will happen!

And if you’re still blocked, use the comment box to write me a little something!  I’d love to hear from you!!